The Thelma Dingus Bryant Library offers over 37,000 items including:

*We are not part of the Duplin County Library system, all items that are checked out here, need to be returned here. 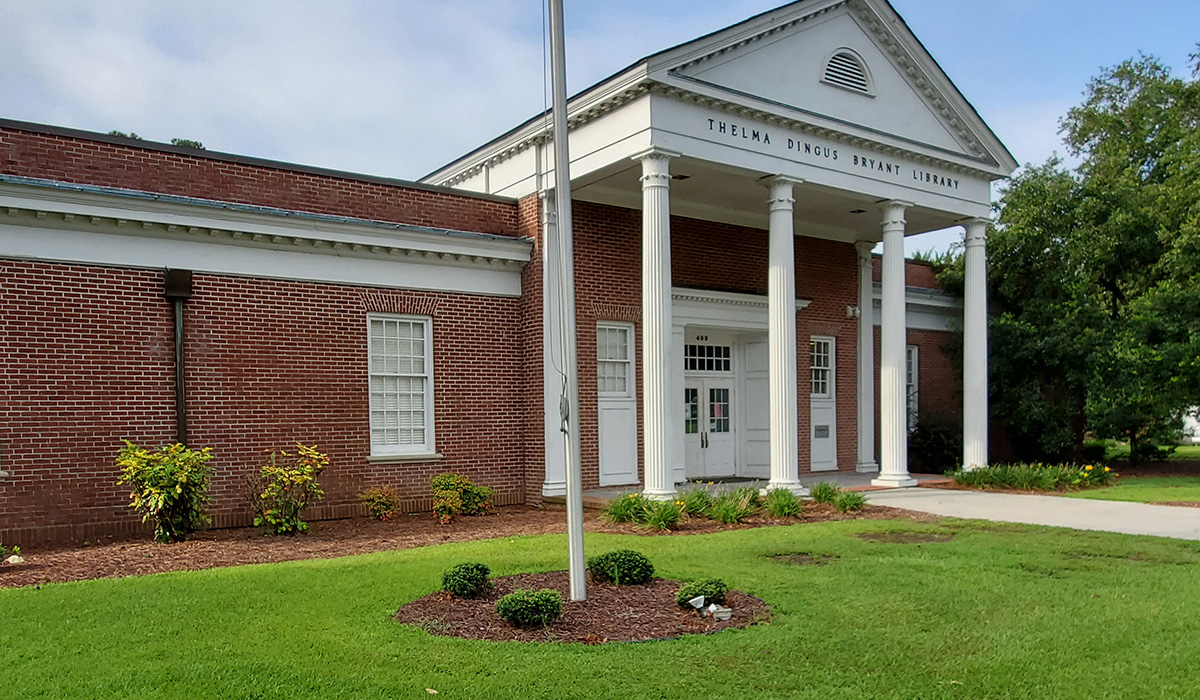 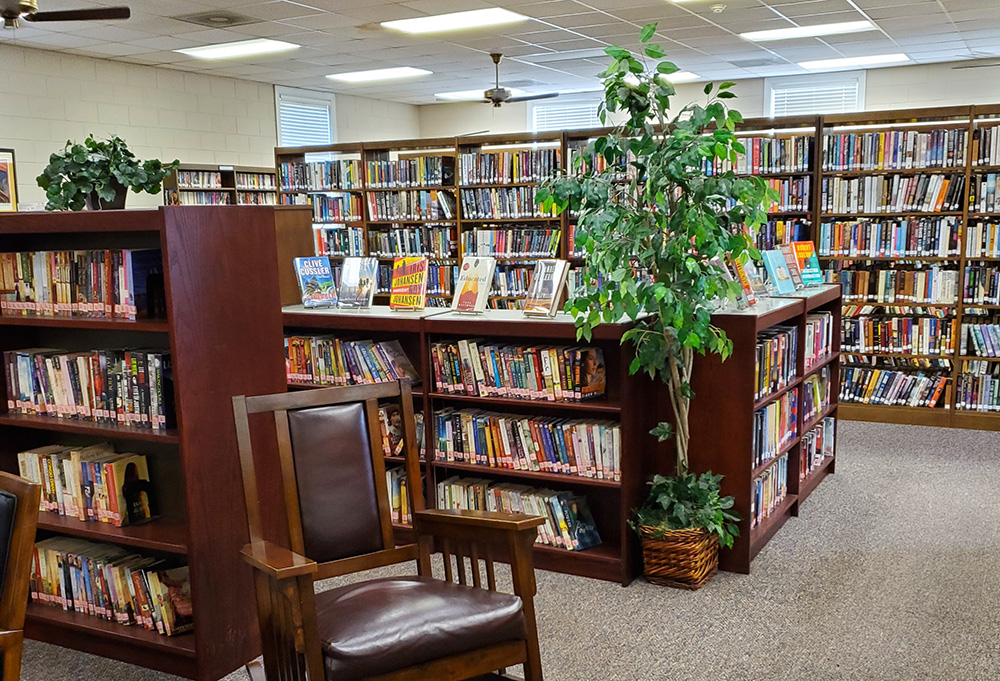 The Town of Wallace has a long tradition of providing public access to books and general information. The Wallace Woman’s Club, a member of the General Federation of Women’s Clubs, started the library in 1933. Several locations were used for this purpose including the Woman’s Club Clubhouse, private homes, a rented room, a small log cabin, and in 1940 one wing of the current Woman’s Club Building.

In February 1964, Branch Bank and Trust Company donated its recently vacated building to the Town of Wallace to be used as a library. The three groups that were most instrumental in carrying out this project were BB&T, J.P. Stevens Company and the Wallace Rotary Club. Many other businesses, organizations, and individuals donated time, books and money to improve the library. In July 1964, the Town Board appointed a Board of Trustees and the library became an official Town Library.

In 1969, the family of Thelma Dingus Bryant gave the Town of Wallace a beautiful new building in her memory in which to house the library, thus the current name of the library.

From 1969 to the present the numbers of volumes has increased from 6,000 to 35,000. Many individuals and organizations such as the Town of Wallace, BB&T, the Wallace Woman’s Club, the Wallace Junior Woman’s Club, the Wallace Rotary, the Bryant Family, and the Friends of the Library have and still contribute generously to maintaining the quality of the library. Today, the library offers many services besides checking out books to the public. Audio books, large print books, videos, magazines and newspapers are available. Internet access is provided along with printing services. Copying, laminating and faxing are also available. 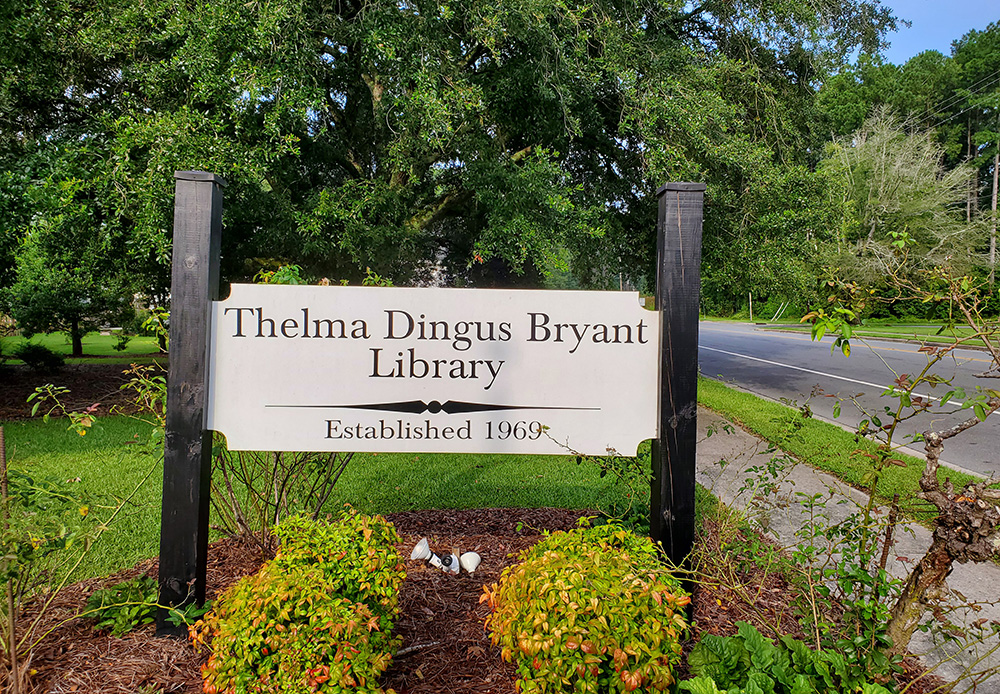 Apply for a Library Card

Your first Thelma Dingus Bryant Library Card is free. You must be age 18 or older to get a library card. For patrons under 18, a parent or guardian must be present to sign for the child. (Please note: we are not part of the Duplin County Library System, therefore you need to have a card here to borrow items).

Overdue materials are charged $0.10 per day. You can renew a book by: 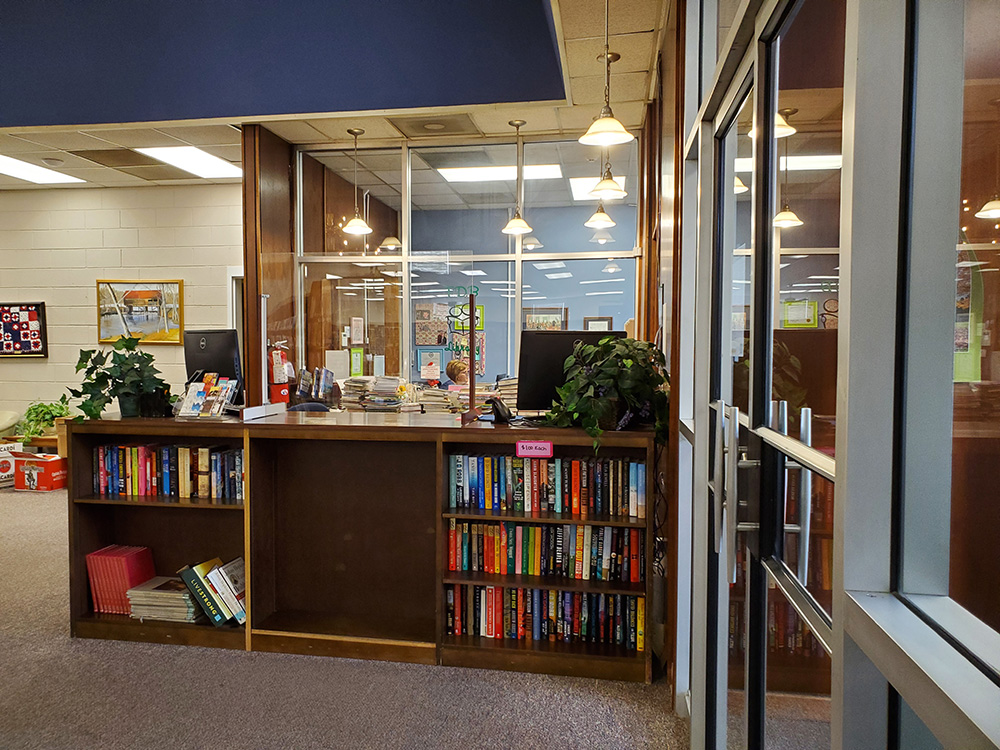 Friends of the Library

Thanks for your support of the Library! 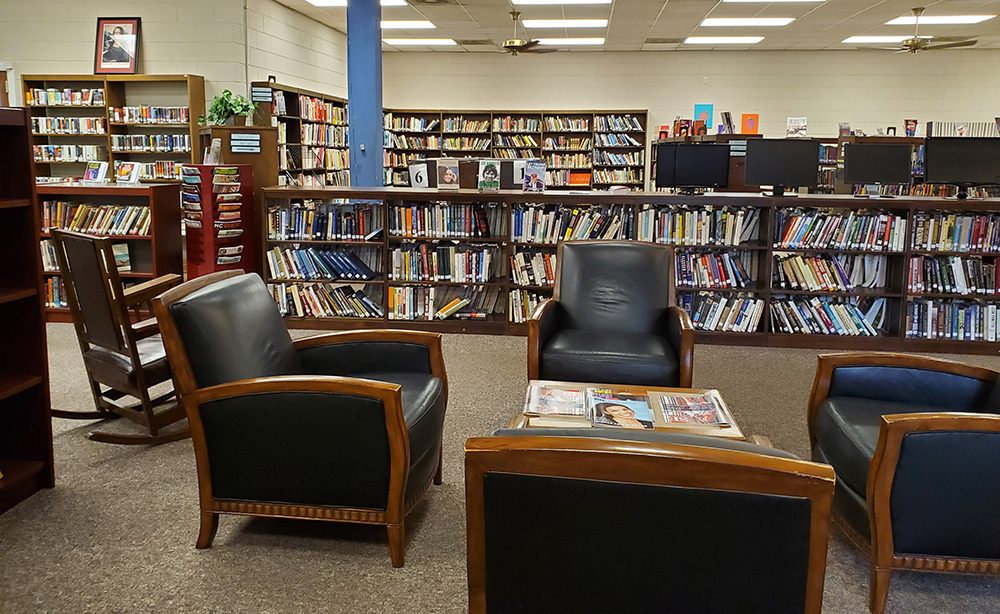 One can receive or send faxes

There is a one day turn around for all laminating.

We offer an assortment of magazines and newspapers such as the Wilmington Star News and the Duplin Times and many news sources from across the USA through our online services. Use your library card to access a wide range of news, genealogical and historical resources and archives.

Follow the Links below and use the letter “P” followed by your library card number for access.